After the sale of Joe’s 3rd startup, EnvaPower in 2008, he repositioned his focus on the optimization of the internet. Over the ensuing 10 years, Joe and his team have developed tools, based on A.I. fundamentals, for Search Engine Optimization and Paid Search applications.

The following is a chronological listing of this journey.

In February of 2008, Joe built a website with an integrated e-commerce store in Flash for his brother Paul who had a huge interest in watches. Joe was looking for an application and Paul was in search of website that sold watches.

The site was launched on May 26, 2008 using Paid Search (AdWords) as the only traffic source for traffic. Joe applied his A.I. using a spreadsheet, and by July 1st of that year, Premiere Watches was spending $ 1,000/day on AdWords and generating $ 5,000/day in sales.

This was the pilot test which provided the proof of concept Joe was looking for.

With the success of Premiere Watches, Joe began soliciting work with other companies, primarily small business owners in the IT, finance, medical and contractor industries.

In this phase it became apparent that these small business owners needed more than an optimized marketing system; they needed fast loading, visually appealing and high converting website.

This experience provided Joe the oppotunity to work across multiple indistries and test various design and lead capture elements.

While working with these previously mentioned small business owners, Search Engine Optimization (SEO) kept coming up as a request for an alternative source of traffic.

Joe’s research showed that organic traffic had 4x the volume of paid search when compared on a keyword-by-keyword basis. Working with his clients (little did they know they were his Guinea pigs), the first A.I. version of InnoVitae’s SEO program was born.

It was in 2013 when the video format really took off and became a priority in both marketing collateral and traffic generation.

In June of 2013, using InnoVitae’s V1 SEO A.I. technology, Joe turned its focus onto video rankings and the results were beyond expectation.

Joe was able to rank one video for 233+ keywords which at the time had a total search volume exceeding 1,000,000 searches/month.

The video you see to your left is that video form 2013. While this video was ranking for these keywords, YouTube, somehow became aware of it and called Joe up. On the call they discussed a job offer and tried to learn how Joe was able to get one video to rank for so many keywords simultaneously.

Working with other 3rd party technology developers, InnoVitae released its “V2” of its AI driven SEO program. The improvements made to V2 encompass:

Our V2 of Adwords incorporated the optimization of the CPA (Cost-Per-Aquisition) bid strategy. AdWords CPA bid strategy is their own AI/Machine Learning algorithm. Running our own AI bid strategy optimization algorithm on top of Google’s yielded a significant improvement in performance.

Working with other 3rd party technology developers, InnoVitae released its “V3” of its AI driven SEO program. The improvements made to V3 encompass:

“We use Joe and his SEO company for many of our agency clients. Over the past 3 years, it has become a plug-and-play success story for us.” 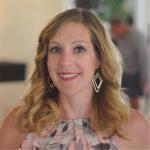 “I am now working with Joe and his company on my 3rd business. He work ethic and results speak for itself.” 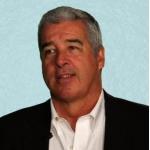